Move
Them to Action

When the Stakes Are High…

Anyone who needs to make a high-stakes presentation – even if it’s to only a single person – benefits from presentation training. At MediaWorks, we specialize in individual and group training sessions for:

Regardless of your background, your type of presentation, or your audience, MediaWorks will customize a coaching solution based on our time-tested training philosophy.

Universally, the most difficult thing about public speaking is overcoming nervousness. Excitement before taking the stage actually heightens your connection with your audience. Being overly nervous interferes with your effectiveness as a speaker.

The greatest tools to prevent nervousness from eclipsing excitement are preparation and confidence. MediaWorks will provide you with plenty of both. Our comprehensive training sessions cover every element of a presentation, including:

And if you or your team only need help on some of the above, it’s no problem. That’s the benefit of fully customized presentation training.

A Coach is Better Than a Classroom

Presentation training in a classroom can be extremely affordable because the cost is shared among many. But there’s a catch: The lessons often focus on other students, or generic concepts that may or may not apply to you. In a classroom setting, you can expect to receive minimal time – if any at all – to hone your skills with your own material. In short, classroom instruction is theoretical, not practical.

That’s why we never conduct public classes or seminars. We tailor our training specifically for you and your colleagues, company, agency, or cause.

This is why MediaWorks exclusively offers immersive training. We tailor your sessions around your strengths, challenges, goals, audience, and content. We do this by assessing your skill level, providing expert direction and tools, filming you while you practice, offering feedback that is both supportive and productive, and allowing you to practice again. Our methods produce dramatic gains for every single client.

Use PowerPoint Effectively … Or Not at All

Powerful visuals can enhance your messaging and make your presentation unforgettable. But no one can be captivating while standing in front of a lackluster slideshow.

We’ll coach you on how to use projected text, images, or other visuals to add a compelling dimension to your presentations – and if you’re using your slide deck as a crutch, we’ll give you the confidence to get rid of it.

It's Not Over When it's Over

We’ve found that once our clients have invested in presentation training with us, we become invested in them. So, while some companies charge by the minute for post-training consultation, we participate in your continued advancement through post-training follow-up. We’ve come to understand that an ongoing relationship with our clients benefits everybody. Contact us for details. 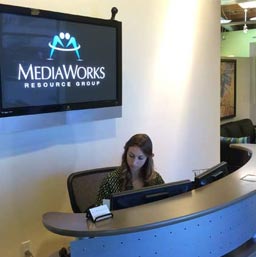 You may be familiar with MediaWorks Resource Group through our award-winning media training, developed by our Founder and Principal, veteran network news reporter Mark Bernheimer. 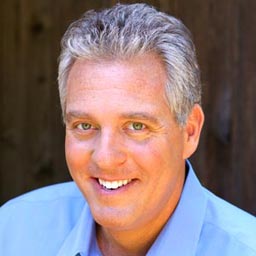 Since founding MediaWorks Resource Group in 2001, Mark Bernheimer has been empowering clients with the skills and strategies to deliver their messages clearly and memorably.

Bernheimer has trained thousands of clients ranging from corporate communications officers to C-suite executives, from professional athletes to Hollywood celebrities, and from police chiefs to congressional candidates.

Bernheimer calls upon 16 years of journalism experience as the bedrock of his training approach. He spent the latter part of his reporting career as a national correspondent for CNN, assigned to the Los Angeles Bureau.

Beyond CNN, Bernheimer was a reporter for KCAL Channel 9 in Los Angeles and a freelance contributor to the Orange County Register. As a correspondent for the National Geographic Channel, he introduced viewers to an ancient ocean of fossils unearthed by the Los Angeles subway construction project.

Fresh from those experiences, Bernheimer founded MediaWorks with a mission of teaching clients to “cut through the clutter” with profoundly successful media and general communication strategies.

Bernheimer is frequently called upon as a keynote speaker for public relations associations and other professional groups, and he is a contributing columnist for PRSA’s Strategies and Tactics publication.

Born in New York City and raised in Southern California, he is a graduate of the University of Oregon. 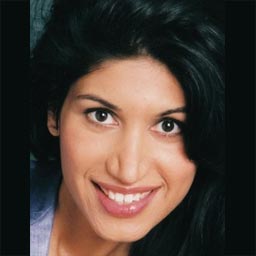 Nina Irani is a speech and leadership coach with an international reputation that has helped her become the “coach to the coaches.”

She has over 25 years of experience working with C-suite and high-level executives in Fortune 500 firms, politicians, and public figures in the entertainment industry.

As CEO of UniqueSpeak Consulting, Nina specializes in integrating cutting edge neurological findings with time proven communication techniques to create a hybrid of high performance in all levels of presentation, communication and leadership. Her methodology incorporates neuro-economics pioneered at institutions such as MIT, Harvard, Princeton and Stanford Universities.

As creator of the acclaimed “Ground of Being”™ methodology, Nina has taught numerous coaches and consultants the techniques for which she has become known globally. She has led programs in 23 countries on 5 continents, and has guest lectured around the world on topics related to communication, leadership, and brand delivery.

Whatever your communications challenge, MediaWorks Resource Group has the ideal solution. Our clients utilize our presentation training programs for:

Effectively prepare for any kind of presentation.

Understand what makes a master storyteller.

Read and connect with the audience.

Overcome nervousness – the greatest hurdle to any presentation.

Use visual aids effectively – including PowerPoint

Our clients represent every size and sector. Whether you’re an individual CEO or an entire sales team, we will help you communicate your messages more effectively.

“Invaluable training by the best in the business.” 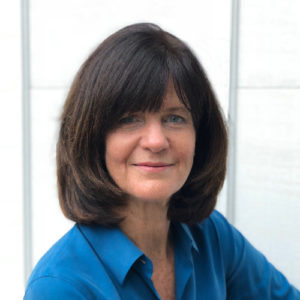 Prior to Training Day

One-on-one training sessions afford maximum personalized attention in a private learning environment. These half-day sessions are ideal for thought-leaders, entrepreneurs, or corporate executives who wish to be trained separately from their staffs.

For two or three participants, half-day group training offers the best of both worlds: highly personalized training with a team dynamic.

Our full-day group sessions offer the greatest flexibility at the most cost-effective rate. We can train everyone together as a team or, if scheduling is a challenge, divide the day into smaller sessions so that no single participant needs to break away for the full six hours.

MediaWorks presentation training is offered online, onsite at our offices in the Venice/Marina del Rey area of Los Angeles, or at your location anywhere in the world.
Please note: We do not offer pre-scheduled public classes.